Election Night at the ARD Studio in Cologne

After seemingly endless campaigning, debating and epic media coverage worldwide, U.S. Election Night was here at last. More than a hundred thirty million Americans would stream to the polls to vote for thousands of elected officials and ballot initiates, and most importantly, for the next President of the United States. Would it be Hillary or Trump?

On the afternoon of November 8, after providing some interviews to TV reporters, our Club departed the Park Hyatt Hamburg in a private coach with 50 members and guests to the studios in Cologne, snacking on food and sipping drinks while discussing politics and outcomes along the way.

Upon arriving in Cologne at 10 p.m., our group was served delicious American style hamburgers and other tasty treats. We spread out around the open TV studio as the show went live on air, where five different interview sets rotated coverage, interspersed with ARD reporting from correspondents around different regions of the USA.

The ARD assembled a star-studded Q4-2016 8 political cast of guests, led by moderators Sandra Maischberger, Matthias Opdenhövel and Susan Link, and The American Club of Hamburg was invited to take part in the live TV coverage.

Former German Ambassador to the USA, Dr. Klaus Scharioth, who was an American Club speaker in 2008, provided Sandra Maischberger with insights throughout the night. The highly respected Jörg Schönenborn provided continual updates and analysis of the election results.

All seemed to be running as expected until about 2 a.m., when it was projected that the Republicans would scrape by in the Senate and take the House by a large margin. The next surprise came at about 3 a.m., when Florida reported that Trump would win.

After Pennsylvania, Ohio, Michigan and Wisconsin also followed suit, it became clear that Hillary would not be able to reach the magic number of 270 electors.

At 6 a.m., we called it a night and boarded the coach back to Hamburg. Upon arriving at noon, NDR cameras were on hand to record some statements from our participants for Hamburg Journal.

The event, transportation, food and drink was provided free of charge to all attendees as a token of good will by The American Club of Hamburg. 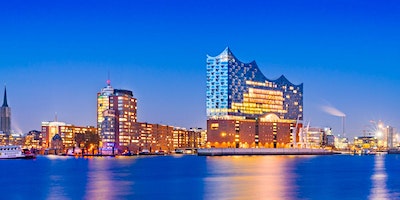 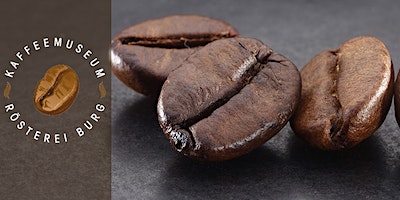 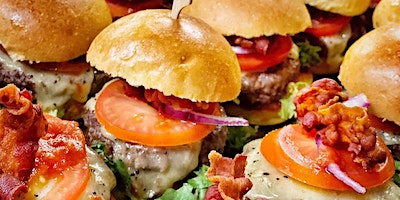