The American Dream in the Heart of Hamburg: Tashi Takang of the Park Hyatt shares his journey at Club AGM

What a story he has to tell: Tashi Takang, the General Manager of the Park Hyatt, has seen all the faces life can show. We had the honor to welcome him as a guest speaker at this years Annual General Meeting of the American Club.

The Manager, who is responsible for the success of the Park Hyatt , which has elevated to be the best Hotel in Germany by TripAdvisor in 2013, was born in Tibet – nobody knows when exactly, but some papers, that have been set up later, state 1957 as his birth year. Being a child of many of local small merchants, in hard times with siblings passing away, his parents gave him the name “Tashi”, which means “Luck”.

1959, during the time of the Chinese invasion of Tibet, the Takang family escaped as refugees to Nepal, like thousands of fellow countrymen and the Dalai Lama. Tashi was sent to a Tibetian boarding school in the region, seeing his parents only once a year – before he lost them too early. But living his heritage is important for him:  “Even if I do not have it on top of my mind on normal days, is it influencing me constantly in how I interact with people”.

What follows are studies in Politics and Economics, which he succeeds in – and gets a scholarship to continue his studies in Switzerland. There he learned German and jobbed in a factory and loading planes at Zurich Airport. But what he really wanted was to work in the Hotel industry. Many applications lead to negative answers until he started as a plongeur at Mövenpick. Hard work and dedication are his signature and he  made his way.

Since 1996, Tashi works for Hyatt – in many places. He met his wife, native Chinese, in Dubai. They got married in Belgrade and his kids were born in Warsaw.

Since 2010, Tashi is in Hamburg and a great friend of the American Club of Hamburg and our generous host. We are grateful for his support and humble when we listen to his story – and digest the many important messages he shares.: “Be modest and happy but never stop to strive to reach the higher goals. Do not wind up about things you cannot change. Maintain and share a positive attitude. Show recognition and respect for others.” 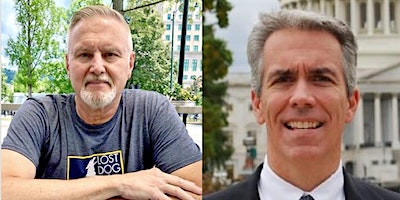